Eagle Rock Poke Shack, a new family run restaurant, features the super-fresh fish and vegetables that make poke so popular and delicious, plus creative twists on the Hawaiian classic that will keep you coming back. Owners Jason Novak and Kelly Britton, who moved to L.A. from Chicago in 2016, are poke connoisseurs who have put their all into the menu and design, the flavors and the fun. Eagle Rock Poke Shack / 2152 Colorado Blvd. (between Eagle Rock Blvd. and Caspar Ave.) / Open Monday through Saturday, 11 a.m. to 9 p.m. and Sunday, 11 a.m. to 6 p.m.

Folliero’s Italian Food and Pizza in Highland Park, founded in 1968 by Antonio and Marta Folliero, immigrants from Italy, has turned 50. Teresa Folliero, their daughter who now runs the restaurant, has continued the simple home cooking that has made Folliero’s a neighborhood favorite for five decades. The house sauce used in the signature lasagna and pasta dishes is the same family recipe used in 1968. The lasagna’s popularity with customers is second only to the popularity of the pizzas.

One of Teresa’s fondest memories is of watching her Dad perfectly toss and twirl the pizza dough high in the air. It represents “years’ worth of a person’s diligence, dedication, and hard work – and success in a beloved community,” she said. Antonio can still be found working at the restaurant nearly every day, where the family aspect of the business also extends to the employees: Four the restaurants 12 employees have been there for 25 years or more. 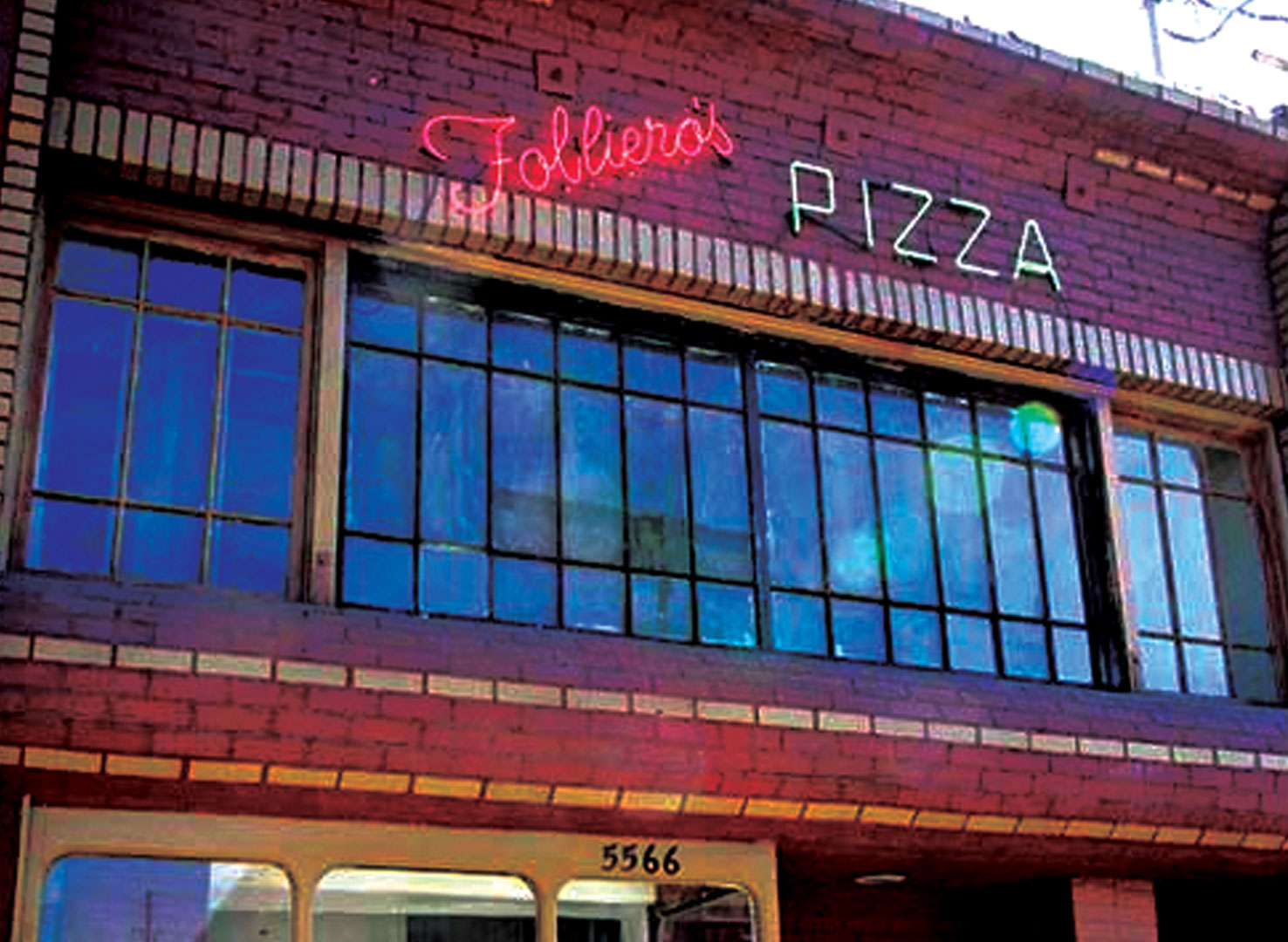 Hal’s Pet Shop, a family-owned and operated business in Eagle Rock since the 1920s, is closing its doors on June 30. The current owners, Shelley Blough, granddaughter of the founder, and her husband, RJ, are retiring.

The original Hal’s, named Eagle Rock Seed and Fuel, was located on Caspar Ave. Shelley’s parents, Hal and Nancy Smith, moved the business to its current location at Eagle Rock Boulevard and York Boulevard in 1967. Shelley and RJ took over in 1988.

Shelley and RJ hope members of the community will stop by to say good-bye and reminisce. “We’ve seen generations of families, kids growing up,” said Shelly. As their longtime customers have aged, they have helped them care for their pets by delivering pet supplies and taking the pets to grooming appointments. “These are real friendships,” said Shelly.