To select the 32 artists whose work is now on display in the Hammer Museum’s blockbuster Made in L.A. exhibit, the curators visited more than 200 studios and numerous galleries and museums. When all was said and done, eight of the 32 were artists who live or work in and around Northeast Los Angeles, including two from Glassell Park, two from Atwater Village, and one each from El Sereno, Highland Park, Lincoln Heights and Mount Washington.

The achievement, for the artists and for the area, cannot be overstated. All of the artists in Made in L.A. – the fourth Hammer biennial exhibition to feature L.A. artists – can take credit for the exhibit’s rave reviews. At the same time, having several of the featured artists in NELA says something positive about creative freedom and social tolerance in the area.

“We consider the eastside and certainly NELA to have a rich community of artists, and in fact noticed that there seemed to be more artists moving to these areas,” wrote Ann Ellegood, senior curator at the Hammer, in an email to the Boulevard Sentinel. “I think artists feel a strong sense of community in these neighborhoods.”

The Made in L.A. exhibit focuses mainly on emerging artists, and one of the them, Christina Quarles of El Sereno, has been singled out by critics as arguably the show’s most exciting discovery.

But that’s a very tough call. Another emerging artist, Iranian-born Gelare Khoshgozaran of Mount Washington, has drawn praise for her startling images of a simulated Iraqi village used for training at a California military base.

Artist Carmen Argote of Lincoln Heights, is seen by some critics as the artist in the show most directly rooted in her neighborhood, capturing its intensity, without being overtly political.

The video by Jade Gordon of Glassell Park and Megan Whitmarsh of Highland Park has been described by the L.A. Times as “a wicked satire of self-improvement rituals for women.”

The images portrayed by these and other artists in the show and the issues evoked by their work defy easy categories. But one thing unites them. They are all Made in L.A. and many of them are made in N.E.L.A. 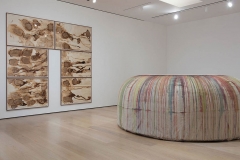 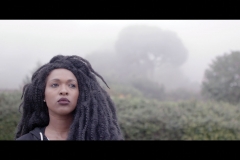 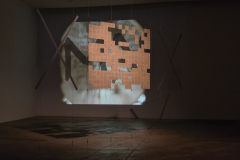 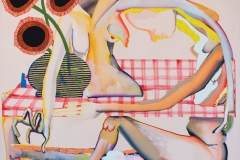 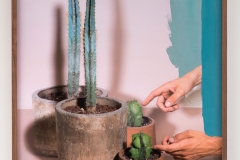 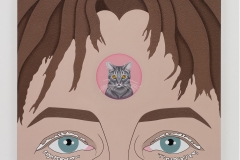 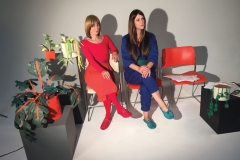